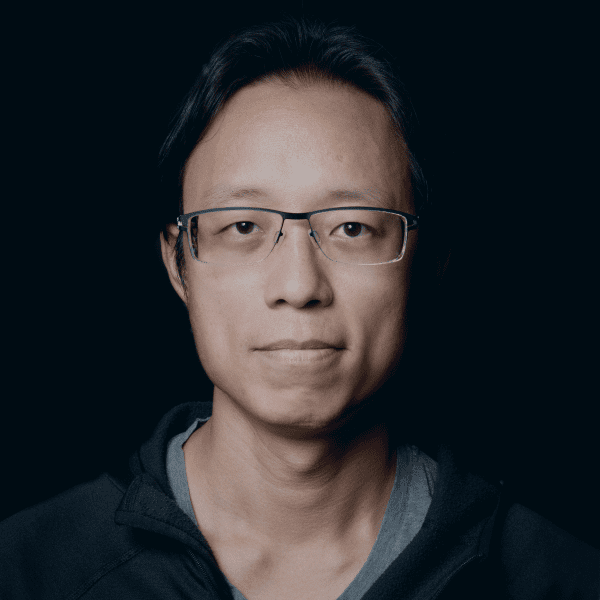 Yat Siu is a technology entrepreneur/investor based in Hong Kong. He is co-founder and chairman of Animoca Brands, a company focusing on leveraging popular brands, gamification, AI, blockchain, and mobile technology to make engaging apps ranging from games to fitness solutions.

Yat began his career at Atari Germany in 1990. In 1995 he moved to Hong Kong to establish Hong Kong Cybercity/Freenation, the first Asian free web page and email provider. In 1998, Yat set up Outblaze, an award-winning pioneer of multilingual white label web services. He sold Outblaze’s services business to IBM in 2009, and pivoted Outblaze to become a conglomerate specializing on cloud, AI, blockchain, and mobile software.

Yat is a director for TurnOut Ventures, a partnership between Outblaze and Turner Entertainment that brought to prominence the hugely popular emoticon character Tuzki. In 2017 he set up the Dalton Learning Lab, an afterschool lab environment that supplements Hong Kong students with skills not emphasized by the local education system, including divergent thinking and design thinking. He is the founder of ThinkBlaze, the research arm of Outblaze investigating socially meaningful issues in technology.

Yat has earned numerous accolades including Global Leader of Tomorrow at the World Economic Forum, and Young Entrepreneur of the Year at the DHL/SCMP Awards.

A classically trained musician, Yat is a member of the advisory board of BAFTA (British Academy of Film and Television Arts) and a director of the Asian Youth Orchestra. 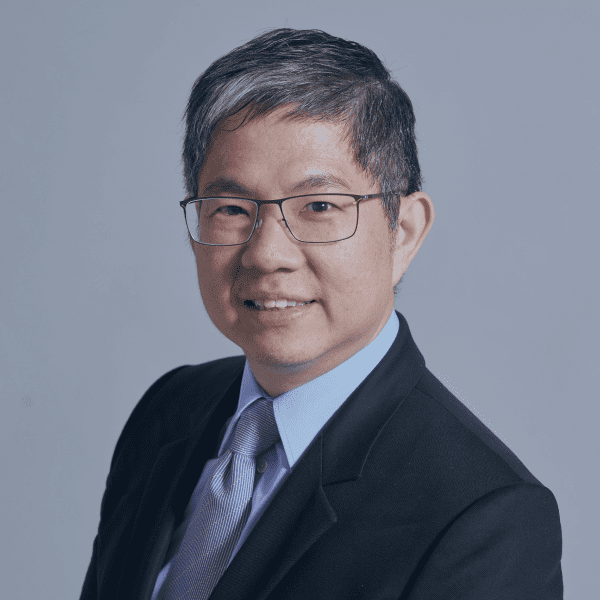 CapBridge holds a Capital Markets Services License and 1exchange holds a Recognised Market Operator License. Both entities are regulated by the Monetary Authority of Singapore (MAS), and Singapore Exchange (SGX) is a strategic partner and shareholder. The entities work in close consultation with MAS and SGX to continually uplift the capital market in Singapore.

An active angel investor and experienced business builder, Johnson has spent over 20 years incubating and steering growth companies in Singapore and Hong Kong.

He was one of the pioneering team members of Hong Kong-based information and communications technology service company Pacific Century CyberWorks Limited (PCCW). He was subsequently appointed President of CyberWorks Ventures, PCCW’s direct investment arm where he led a team to build up and oversee a multi-million dollar investment portfolio. The youngest member of PCCW’s M&A/investment executive committee at that time, he was responsible for much of PCCW’s strategic expansion, including many of its successful acquisitions and investments.

He is a member of the Singapore A*STAR A*ccelerate Liquid Biopsy Program Advisory Committee, where he advises on the development trajectory of the agency’s liquid biopsy programme.

As the top graduate in the officer cadet course during his National Service with the Singapore Armed Forces,

Johnson was awarded the prestigious Sword of Honour by the President of Singapore. Johnson holds a Master’s degree and a Bachelor degree in Manufacturing Engineering Tripos (MET) from the University of Cambridge, UK 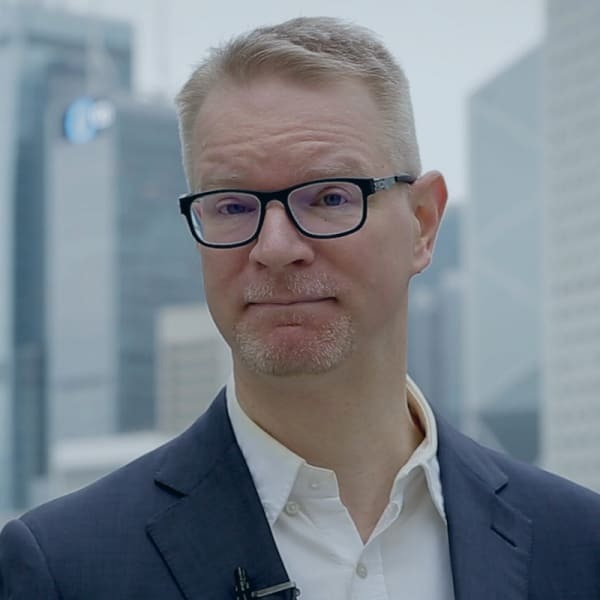 Jame DiBiasio is founder and editor of DigFin, a media brand and content agency dedicated to digital finance, fintech, and digital assets (www.digfingroup.com). An author, financial reporter and media director, he has been based in Hong Kong since 1997. His latest book is “Cowries to Crypto: The Story of Money, Currency and Wealth”. 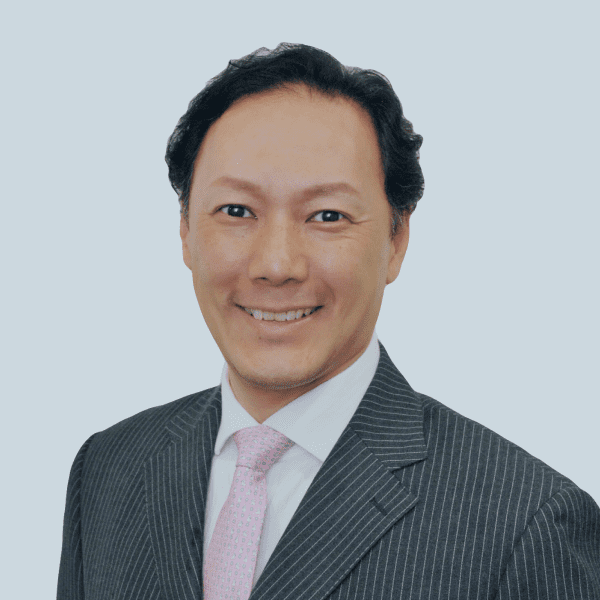 As Head of Fintech at InvestHK, the department of the Hong Kong SAR Government responsible for attracting Foreign Direct Investment, King’s mission is to foster a more vibrant fintech ecosystem in Hong Kong and Greater Bay Area (GBA) where King has the privilege to work closely with major fintech stakeholders – leading financial services institutions, fintech companies, accelerators, innovation labs, investors, regulators, universities, etc.  In another complementary role, King also serves as Visiting Lecturer in Fintech at Institute for China Business (中国商学院) of The University of Hong Kong in China in which King has extraordinary exposure to Mainland China fintech and financial services executives. 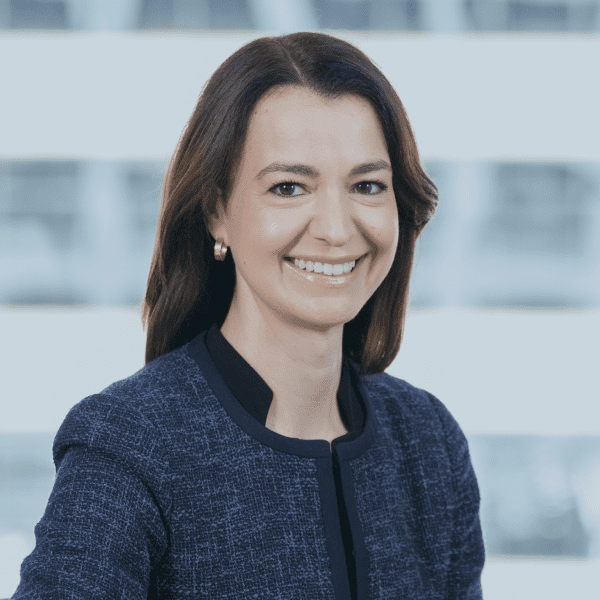 Lucy is the Founder and Managing Partner of Token Bay Capital, a Hong Kong based early-stage venture fund that invests in digital assets and blockchain companies. She is also a Board Member of the FinTech Association of Hong Kong and Founder of Women in Crypto, Hong Kong.

Prior to founding Token Bay Capital, Lucy was a senior leader of PwC’s Global Crypto team where she advised entrepreneurs, start-ups and financial institutions on their crypto and blockchain projects. She also worked with many central banks and other regulatory bodies around the world to help formulate their crypto asset policies. Lucy was named a Top 10 Rising Women in Crypto in 2020 (FinTech Times and Wirex) and #22 Top 100 Women in FinTech in 2021 (FinTech Magazine).
Prior to working in FinTech, Lucy spent 16 years in banking with Goldman Sachs, Credit Suisse, Schroders and Kleinwort Benson.

She holds a Type 9 (asset management) license with the Securities and Futures Commission of Hong Kong and became a Chartered Wealth Manager in the UK in 2015. Born and raised in Hong Kong and educated in the UK, she graduated from the University of Oxford with a degree in Modern History.

You will hear from a range of Global Fast Track Corporate and Investor Champions who are actively seeking cooperation and engagement with FinTech companies in the digital assets industry. We will introduce more details on the Global Fast Track Programme, designed to connect you with over 80 Corporate and Investor Champions to scale up your business in Hong Kong, Asia and beyond. 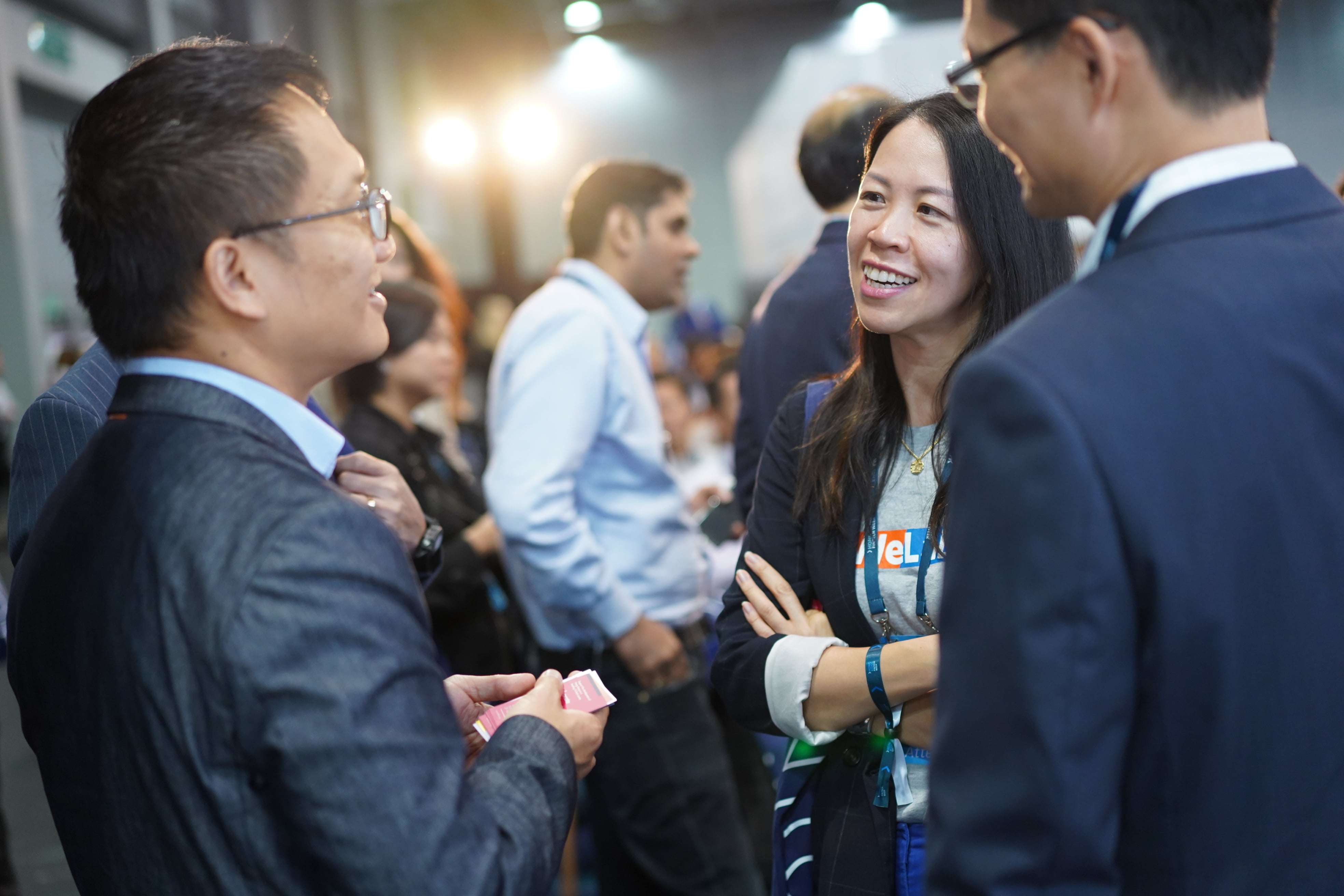 Overview of the digital asset landscape in HK
How established financial services have helped push the institutionalization of digital assets
Now Blockchain technology is more widely understood and accepted, will we see faster adoption of DeFi (Decentralised Finance)?
Will the current popularity of Non Fungible Tokens (NFTs) bring new consumers and creators to the digital asset ecosystem?
Opportunities/Use cases

What is the current dynamics for Digital Assets?

Join us to learn about the landscape and recent development in the digital assets space in Hong Kong. We will be covering the opportunities and some recent success stories, and taking a deeper dive into Blockchain, DeFi, NFTs and more.

Overview of the digital asset landscape in HK

• Hong Kong has become a platform and base for scaling digital asset companies, home to three Crypto Unicorns
• Hong Kong’s regulatory approach to encourage responsible implementation and growth
• The VCs in Hong Kong such as Token Bay Capital seeking out investment opportunities in the digital assets and blockchain space

• How DeFi lets you put your crypto to work (interest, borrowing & lending)
• Can we expect faster adoption of DeFi (Decentralised Finance)?
• How DeFi can become a global unifier

Will the current popularity of Non Fungible Tokens (NFTs) bring new consumers and creators to the digital asset ecosystem?